You are here: Home > Produits > Both Flesh and Not 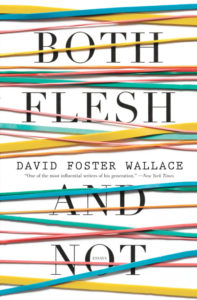 Both Flesh and Not

Both Flesh and Not gathers fifteen of Wallace’s seminal essays, all published in book form for the first time.

Never has Wallace’s seemingly endless curiosity been more evident than in this compilation of work spanning nearly 20 years of writing. Here, Wallace turns his critical eye with equal enthusiasm toward Roger Federer and Jorge Luis Borges; Terminator 2 and The Best of the Prose Poem; the nature of being a fiction writer and the quandary of defining the essay; the best underappreciated novels and the English language’s most irksome misused words; and much more.

Both Flesh and Not restores Wallace’s essays as originally written, and it includes a selection from his personal vocabulary list, an assembly of unusual words and definitions.